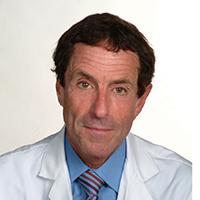 As the Director of Student Life, Dr. Rayman is an advocate for all students,whom he engages by listening to and discussing their successes, concerns and struggles in academic, clinical and personal matters. As the former Director of the Comprehensive Care program, Dr. Rayman offers students hands-on expertise in their day-to-day clinical learning.

Back to Faculty Directory