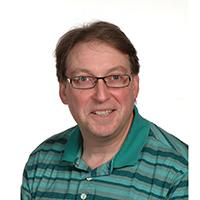 Professor, Faculty of Dentistry and the Institute for Biomedical Engineering (BME)

Professor Santerre’s research advances the design of new materials for tissue engineering, implants and medical devices. Through his start-up company, Interface Biologics, Inc., Professor Santerre is revolutionizing the medical equipment industry, through the application of a novel polymer in PICC catheters and other medical devices that prevents blood clots.

Julia Levy Award from the Canadian Society for Chemical Industry for commercialization of innovation in Canada, in the field of Bio-medical Science and Engineering (2010)

Fellow of the American Institute for Medical and Biological Engineering (2009)