As the oldest and most established dental school in Canada, U of T Dentistry has been a trailblazer in dental specialties and clinical innovations.

Throughout the twentieth century, the Faculty set a standard of innovation and excellence, pioneering many firsts in the quickly-evolving field of dentistry – and beyond.

Our faculty, alumni and global collaborations have made a huge impact over the last 145 years, below are just a few highlights.

Our impact on the dental profession

Our vision and mission is to promote excellence in the dental profession.

We have been the source of many ‘firsts’ in dentistry, such as:

Our impact on dental education

The Royal College of Dental Surgeons of Ontario (RCDSO) opened the Faculty as Canada’s first dental school in 1875. James Branston Willmott (often referred to as the Father of Dental Education in Canada) was our first Dean.

The Faculty of Dentistry was the first to use computers at the University of Toronto! (Source: Richard P . Ellen)

Since then, we have established all the specialty programs recognised by the Royal College of Dental Surgeons of Ontario (RCDSO) – first Orthodontics in 1945, the final being Prosthodontics in 1981.

To date, our Anaesthesia program (established in 1960) is the only program in Canada specific to dental anaesthesia training.

Countless former faculty and alumni have influenced dental education, including:

Find out more about our programs

How we have promoted and elevated research

We are one of the few dental schools in the world with exceptionally strong basic science research focused on oral health.

Harold Keith Box, who graduated here in 1914, is often referred to as the Father of Dental Research in Canada. In 1920, he became the Canada’s first dentist to earn a PhD. He became a professor at University of Toronto and is the first dental professor in Canada to hold an appointment that provided facilities for research.

Our researchers have made many advances in oral and general health, including:

Find out more about our research

Read more on our research impact

How we have impacted clinical care for patients and public health

The utmost priority for the Faculty, through our education, research and clinical care, has always been to improve outcomes for patients and communities.

Many of our research projects improve the health of people around the world, from oral cancer diagnosis and treatments to improved fillings, for example:

Our outreach programs allow our faculty and students to travel the world to treat patients who would otherwise have limited access to quality dental care such as Guatemala, Honduras and Uganda. 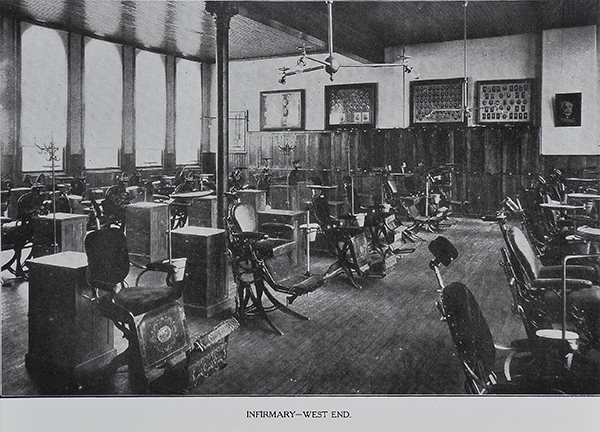 A message from Dean Daniel Haas

Our programs for undergraduate and graduate students, including PhDs

Our clinical practice for patients